Amanita caesarea, the Caesar’s mushroom, is a highly appreciated mushroom in Europe. The species is known to be native to southern Europe and North Africa.

The Caesar’s mushroom is also found in Vietnam where it’s called nấm trứng gà or nấm hột gà (literally means chicken egg mushroom). In 2012, two subspecies of A. caesarea are identified in Cát Tiên National Park, a national park located in the south of Vietnam. They are: Amanita caesare var. caesarea, and Amanita caesare var. alba.

Like the European Caesar’s mushroom, the local Caesar’s mushroom here is also highly-prized and sold for high prices. The cooking method is pretty similar to other common mushrooms in Vietnam.

But the mushroom congee is probably the unique dish. To cook this Caesar’s mushroom congee, the mushrooms are first sauteed, then get poured into a rice congee pot. The dish is served with finely chopped green onions, perilla, and vine spinach. 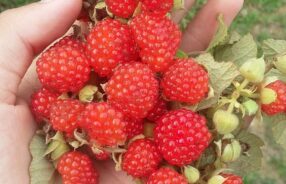 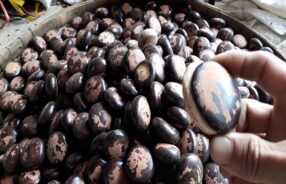 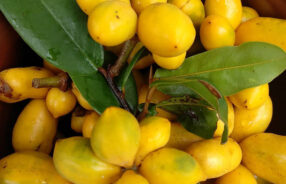 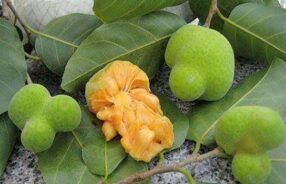